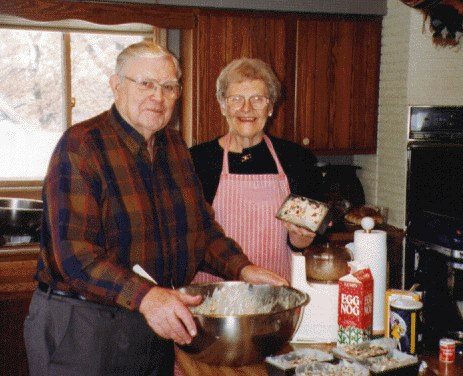 In August of 1969, Sherman and Mae Kavanaugh moved to Brainerd from Benson, Minnesota and purchased a small housekeeping resort known as Brown’s For Rest on Sylvan Lake. That original resort property included nine housekeeping cabins and a residence situated on 1000 feet of Sylvan lakeshore. During the first two years of operation, the cabins were winterized, water piping and sewer lines were dug in, and cabin heating systems were increased making Kavanaugh’s one of the first resorts in the Brainerd area to operate on a year round basis. In addition, the basement of the residence was remodeled to accommodate a seasonal restaurant seating roughly 45 people. The Browns had a small dining room in the lower level so some of the kitchen was in place, as well as, a beer cooler and dishwasher. The restaurant, also, served as the guest check-in area for the resort during the winter months and a summer recreation building and office was built to handle guest check ins during the warmer months.

The resort started its first growth in 1974 with the construction of a duplex building called the “Cedarwoods”. This was Kavanaugh’s first venture bring private individuals in to build lodging units then contracting with those individuals to rent the units. In 1976, an adjoining piece of property and a four plex building, located at the west and northern borders of the resort, were purchased from Jim Madden launching an expansion of Kavanaugh’s that would continue over the course of the next 30 plus years. The four plex became the “Westwood” complex and the land would become the building site for five duplex townhomes, which were completed in 1980. The “Woods” units at this location were sold to individual owners and are rented and managed by Kavanaugh’s. This “rent share” program was new to the Brainerd Lakes resort community but it would become the foundation for Kavanaugh’s entire resort property in 2005.

In the fall of 1981, expansion continued with the purchase of property located on the east end of the resort. Construction of “The Views” was started in the fall of 1981 and completed in time for the winter rental season in 1982. The resort had now grown to 30 rental units and a renowned restaurant which could seat over 150 people. The largest building project that Kavanaugh’s had undertaken to date commenced in 1983. Construction of the original indoor pool building, five “Oaks” duplex buildings and a recreation room was underway

. Because two cabins were removed and replaced with the “Oaks” units, the total number of rooms at the resort now stood at 38. In August of 1986, Kavanaugh’s experienced the only significant loss of property from fire in its history. The Pinewood building, which is now 6114 and 6115, was completely gutted by a fire caused by careless smoking. Fortunately, the fire was late in the summer season and the re-construction of the building over the next 4 months caused very little disruption to the resort or the guests. Telephones and televisions were a welcome addition to the rooms in 1986. The “Cedarwood” building was expanded to a tri-plex in the fall of 1987 and, then, would eventually become a four-plex in 1998. It, also, received a complete exterior facelift during the last addition.

Construction of the “Maples” in 1988-89 created a new venue for Kavanaugh’s with the introduction of a new conference center. This building housed five new rental units, as well as, the conference center and was connected to the restaurant by an underground corridor. The conference center enabled the resort to expand its rental season by catering to meetings in the slow seasons plus the ability to host special groups and events. The total lodging units had now grown to 44. This number would remain constant until the fall of 1999, when construction started on an all new pool complex and 8 new “Pool Suites”. The current pool building was built in the exact location of the first pool building, in fact, it houses the original pool. The new indoor pool complex was conveniently completed just in time for the new millennium celebration on January 1, 2000 and featured a whirlpool, recreation room, fitness area and guest laundromat. The outdoor pool made its debut in May of 2000. With the addition of the “Pool Suites”, the resort now offered 52 units.

The next few years were fairly quiet with no major building projects. However, activity was not at a stand still. The “Cedarwood” and “The Woods” townhouses were remodeled inside and out. Meanwhile, the “Views” received extensive interior refurbishing. And, of course, landscaping projects were a never ending endeavor around the resort.

During its 35 years of operation, Kavanaugh’s Restaurant was renowned for its wonderful food and spectacular view of Sylvan Lake. It was featured in many articles and received numerous awards and accolades. Over the years, it was remodeled and expanded eight different times growing from a seating capacity of 35 to an eventual capacity of 175. The last addition in 1986, also, included a separate banquet/meeting room, a gift shop, lounge/waiting area and a new office for the resort. In order to share her love of cooking, Mae Kavanaugh published three very popular cookbooks.

A new era of Kavanaugh’s Resort & Restaurant began in 2005 and Kavanaugh’s Sylvan Lake Resort was born. A major development project started in September with the removal of the restaurant building, demolition of four of the original lakeside cottages and moving of the “Westwood” building along with extensive landscaping that created several ponds, waterfalls and other water features. Four new lakeside cottages were built on the site of the former restaurant and four more new cottages were built to replace the original “Pine, Basswood and Aspen” cottages. The original “Westwood” four plex was acquired by a friend of the family and relocated to its new home south of Pillager. A new “Westwood” tri-plex was built in its place. The “Oaks” studio units were reconfigured and remodeled changing them from two units into individual one bedroom cottages. The resort laundry building and guest campfire area were re-located to make room for a new tennis and basketball court. Most of the construction and landscaping took place over a hectic ten month period in order to be ready for the 2006 summer vacation season.

Kavanaugh’s has been owned and operated by the Kavanaugh Family since 1969. In 1994, four of Mae and Sherm’s sons and their wives purchased the resort from their parents and that ownership structure remains in place today. Mae and Sherm continued to be active in the resort operation until the late 1990s. All fifteen grandchildren of Mae and Sherm have worked in some aspect of the business. Through its years of operation, the resort has been a true family business fulfilling Mae & Sherm’s original dream.

We hope that you have enjoyed this brief history of Kavanaugh’s. 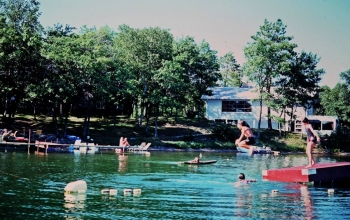 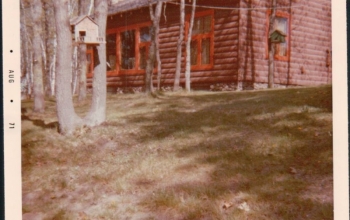 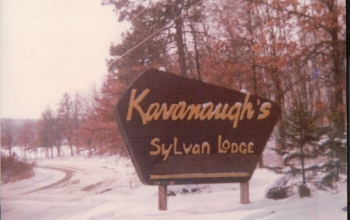 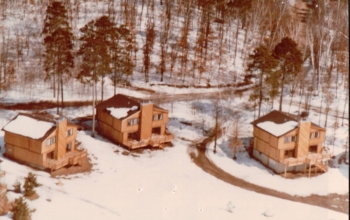 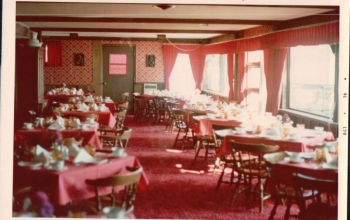 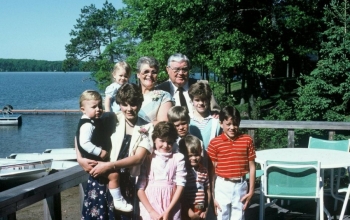 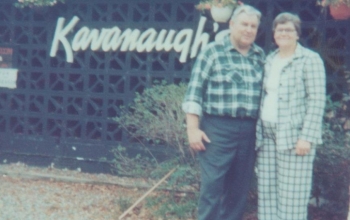 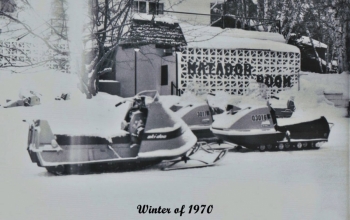